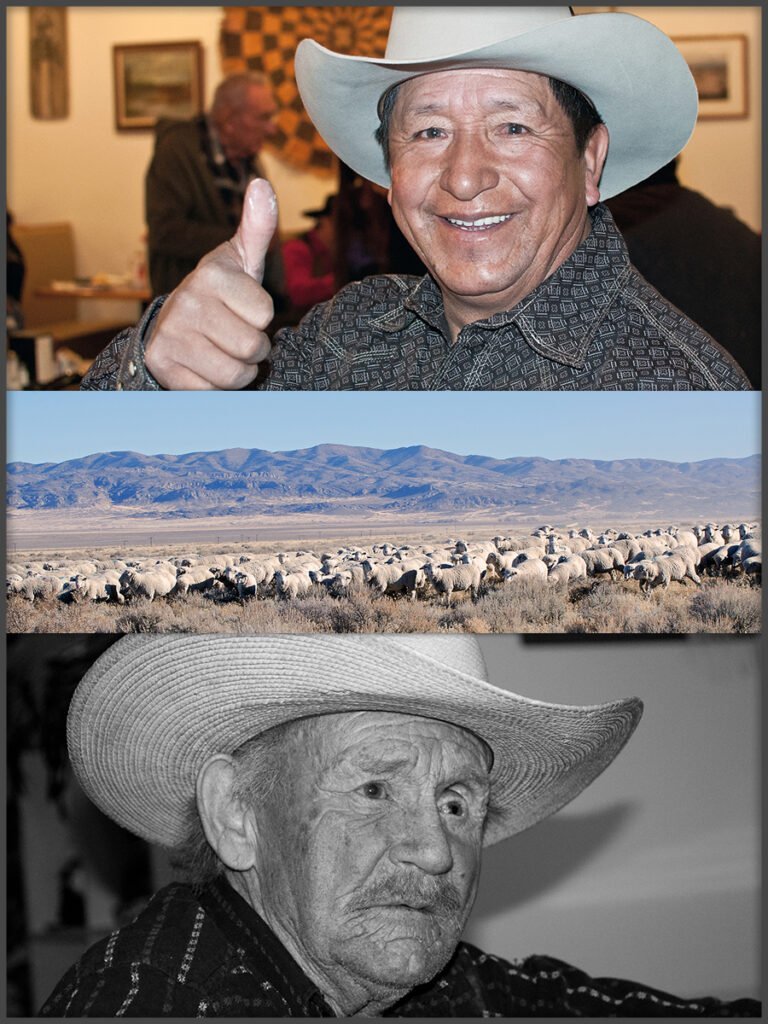 Authentic, entertaining, inter-generational: there’s nothing like the Old Sheepherders Gathering at the Border Inn! Great Basin Heritage Area Partnership co-founder, Denys Koyle, first hosted the event in 2003 to say “thank you” to the herders who kept her business afloat in the slow winter months. After dinner, attendees began talking about their days on the desert, and the tradition of the annual storytelling event was born.

Every January, sheepherders and their families from across western Utah and eastern Nevada converge at the state line for a weekend of camaraderie. But the event is more than mere reminiscing. The Gathering is a venue for passing on history to younger generations and sharing a bit of sheep industry culture with the non-initiated.

The Great Basin Heritage Area Partnership supports this event by securing grant funds from Nevada and Utah as well as organizing private donations to offer quality professional musical acts to complement the storytelling.

In recent years, the Gathering has become more than just an event with several academic and documentary projects inspired by it. One such project is La Borrega, a film by Carly and Jared Jakins, that documents the daily life of sheepherders on Utah’s West Desert. Dozens of oral histories have also been recorded in conjunction with the Gathering, many of which have been digitized and transcribed and are now housed at the University of Utah’s Marriott Library.

Leverage of GBHAP Funds
5 to 1